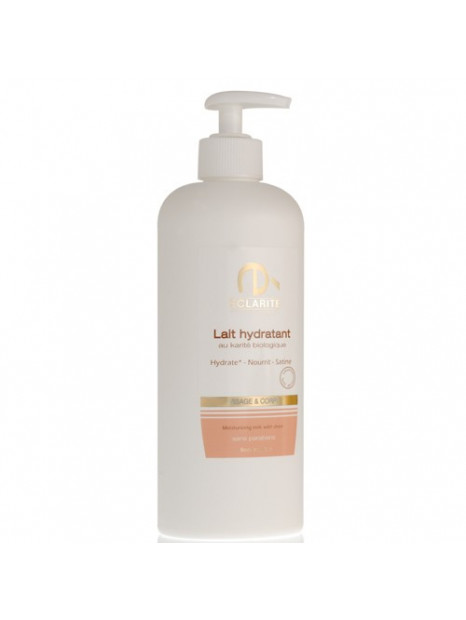 This cream is even richer in active ingredients and karite oil. For all  family. For dry and extra-dry skin. Quick result.

This cream is even richer in active ingredients and karite oil. This velvety and airy light cream became a sensation among experts of biological cosmetics in France at the beginning of 2009. The cream has been recently produced, but it has already won the buyers’ admiration and cosmetological industry experts’ approval.
This milk is for all members of the family, it can be used by children and adults, both by women and men!
The cream can be used for make-up cleansing, for moisturizing of your skin after bathing procedures, as a balm calming skin after depilation and as milk after sunburn...It is a real finding for business women who can go to a business trip with only this cream instead of several different bottles in their cosmetics bag.
Biological Karite oil is known by its moisturizing properties and its oil structure protects skin molecules moisture against evaporation providing water balance of the epidermal layer for a long time.
Besides, today karate oil is known to biologists for its protective properties against free radicals allowing using this cream as anti-wrinkle and anti-ageing cream.
Milk is ideal for dry skin.
This cream contains flower tincture of the biological Melissa known in cosmetology for its calming and relaxing properties. Due to it this milk can be used both for babies’ skin, and for men’s skin moisturizing after shaving.

(0)
Reset
No reviews for the product

Be the first to write your review !

4 other products in the same category: